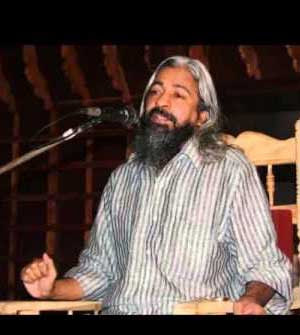 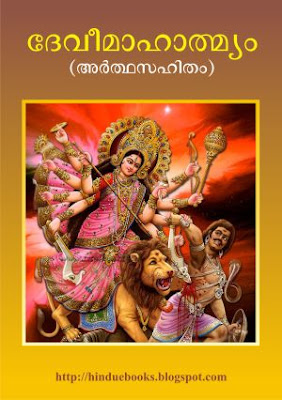 From October 2017 onwards, Sri L. Girish Kumar, a well known scholar on Tantra Vidya  of http://www.shripuram.org started his second series of talks on Devi Mahatmyam. Earlier, we had in depth explanation of Lalitha Sahasranama for almost two long years. The beauty of his talks are how these lucid explanations could be put into daily practice of our our lives.

Traditionally the ‘Devi Mahatmyam’ is a portion of the Markandeya Mahapurana. The Devi Mahatmya is variously known as Sri Durga Saptashati, Sri Chandi or Saptashati. It is referred to as Saptashati as it comprises of seven hundred mantras. It is more popularly known as Chandi because it describes the glory of the Goddess as Chandika, the terrible. Like the god Rudra, the Goddess too has two forms- a malevolent form and another benevolent form. In Her terrible form She destroys the evil demons. Yet in Her destruction, one can see the light of a resplendent regeneration too. This resplendent and benevolent form is Her compassionate form as the Mother of the Universe. Among the sacred texts that laud the glory of the Mother, Lalita sahasranamam and Devi Mahatmyam are most popular. Both are considered to be extremely auspicious and powerful as tools of transformation. Both can be recited daily. Whilst Lalita sahasranamam describes the victory of the Goddess over Bhandasura, the Devi Mahatmyam describes the victory of the Goddess over the asuras Madhu-Kaitabha, Mahishasura and Shumbha-Nishumbha.

This year on 19th and 20th January, Sri Girishiji addressed the seekers on the above subject. It was well received by the participants.
vimarsha