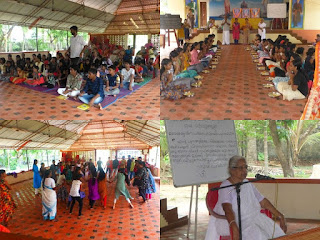 Mananeeya Lakshmi Didi inaugurated the Shibir. This being the prashikshan shibir, there were more of practical sessions rather than lectures. The participating children came in and around Kodungallur and couple from Thrissur. The Organizing team consisted of 12 members. 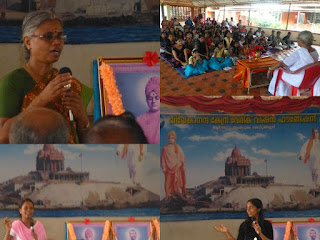 The camp  concluded on 26th in which Ma. Lakshmi Didi advised the children to equip themselves and then guide the youngsters who would draw inspiration from their Varga shikshaks. All the children took the sankalpa of starting Samskarvarga in their localities as early as possible. In all 54 children and 5 parents participated all the 5 days