The ladies Yoga Varga team of 11 members participated in a 2 day Kendra Parichaya Shibir from 12th May to 14th May at the headquarters of Vivekananda Kendra at Kanyakumari. The uniqueness of the team was that all the members were simple housewives.The others included one from the Samskar Varga team and the 3 others who were the children of the participants.So a total of 15 members took part.Su Sutapa accompanied them.

For the first time, they were exposed to such an environment and some were even traveling for the first time. For all, it was their first visit to Vivekananda Kendra, Kanyakumari. Fortunately, Yoga Shiksha Shibir was being conducted during that time in the campus, hence it was an opportunity for them to interact with the YSS group and attend along with them the morning prayers, bhojan and evening bhajan. Dakshin Pranth Sanghatak Su.Radha Didi was with the group giving them all the support required.

On the first day, it was only Ramayana Darshanam and then rest. On the second day, they followed the daily schedule of the YSS participants up to breakfast. A one-hour morning session was by the Office Secretary Sri Raghuji.He spoke on Vivekananda Rock Memorial and Vivekananda Kendra. After a short tea break, they were taken for the campus visit. They visited Gramodaya Park where Sri Ramakrishnanji, office -in -charge, briefed them about the multiferous activities of NARDEP, a quick visit to ARISE AWAKE exhibition and then back to PRASAD, for bhojan. After noon, they were taken to the Rock Memorial. After return from Rock and in the Night assembly they put up a beautiful yoga demonstration with music. The YSS participants, other members of Kendra, were all present to witness and appreciated their performance.

On the third day, after attending morning prayer, they were taken to the beach to enjoy the sunrise.After breakfast, there were two sessions, one by Su.Radha Didi on 'the need to associate with an organization for self-unfoldment' and the second session by Ma. Balakrishnanji. The value of yagna as part of life was the topic on which he stressed. An introduction with Ma.Nivedita Didi and Ma.Bhanuji and lastly a concluding session was kept, by Su.Radha Didi, where each of them expressed their opinions about the camp.In the evening they were taken to Gangotri and Wandering Monk exhibitions and finally to Bhagavathi Amma's temple to watch the 1008 Deepa Puja conducted by the workers of RDP.Five of them took part in the Deepa Puja too.

On 15th May, when all of them boarded the train for their return journey, all of them had no words to describe this unique shibir except for uttering that these were the most memorable days of their lives, thanks to the Vivekananda Kendra members! 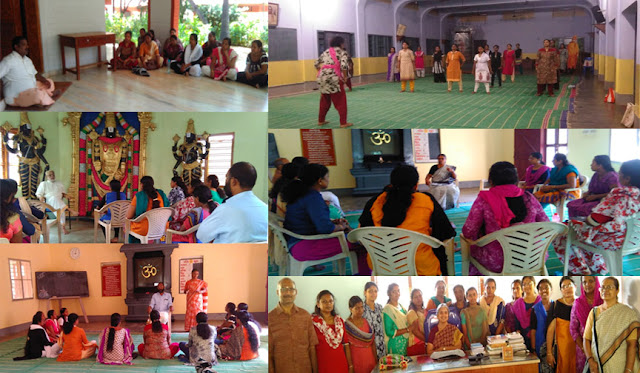 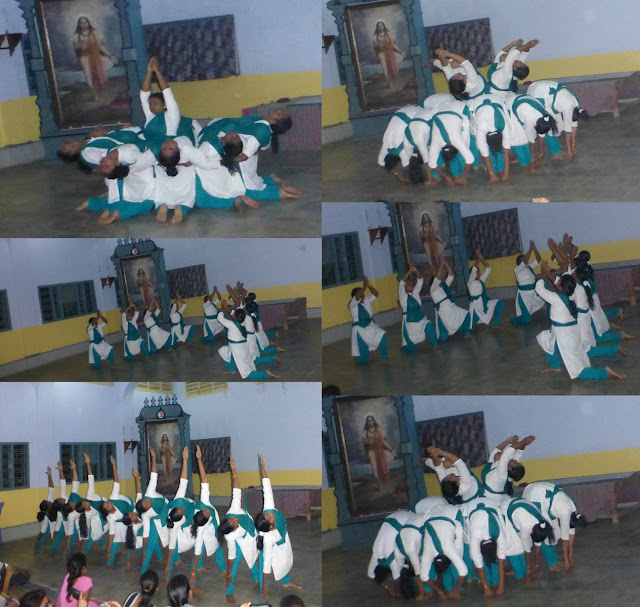